People love gambling – it gives them excitement and a chance to test their luck. It’s not hard to believe these games have been around forever. Ancient Greece is the first place we discover traces of gambling games on European land, dating back to the 7th century B.C.

Fascinating History of the Games Played in Ancient Greece

Ancient literature shows records of Greeks playing dice and other luck-based games. They also used to bet on animal fights (dogs, chickens, and other birds).

Let’s find more about the kind of games people in ancient greece used to play! 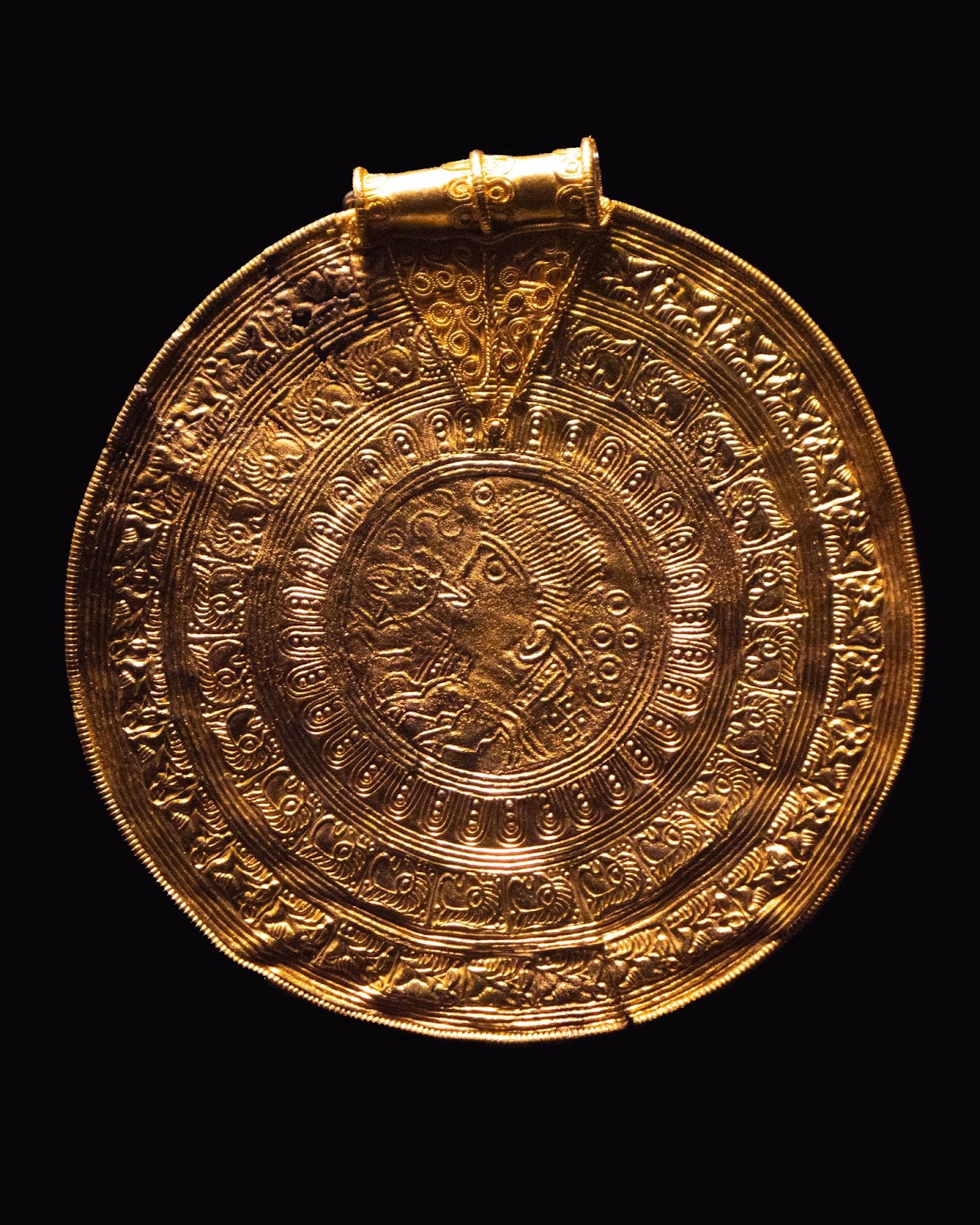 One of the most famous games of that time is Heads and Tails. Before the introduction of coins, the game was played with shells, and people would bet on the outcome of whichever side came upwards. 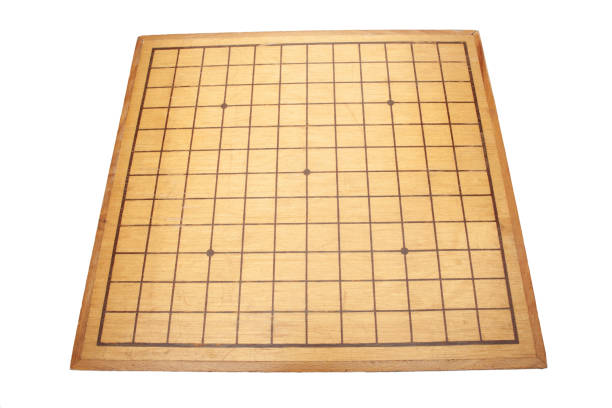 Although they called it ‘Tilia’ back then, ancient Greeks also played chequers. The game was also known as ‘The Game of 12 lines’ in ancient Rome. 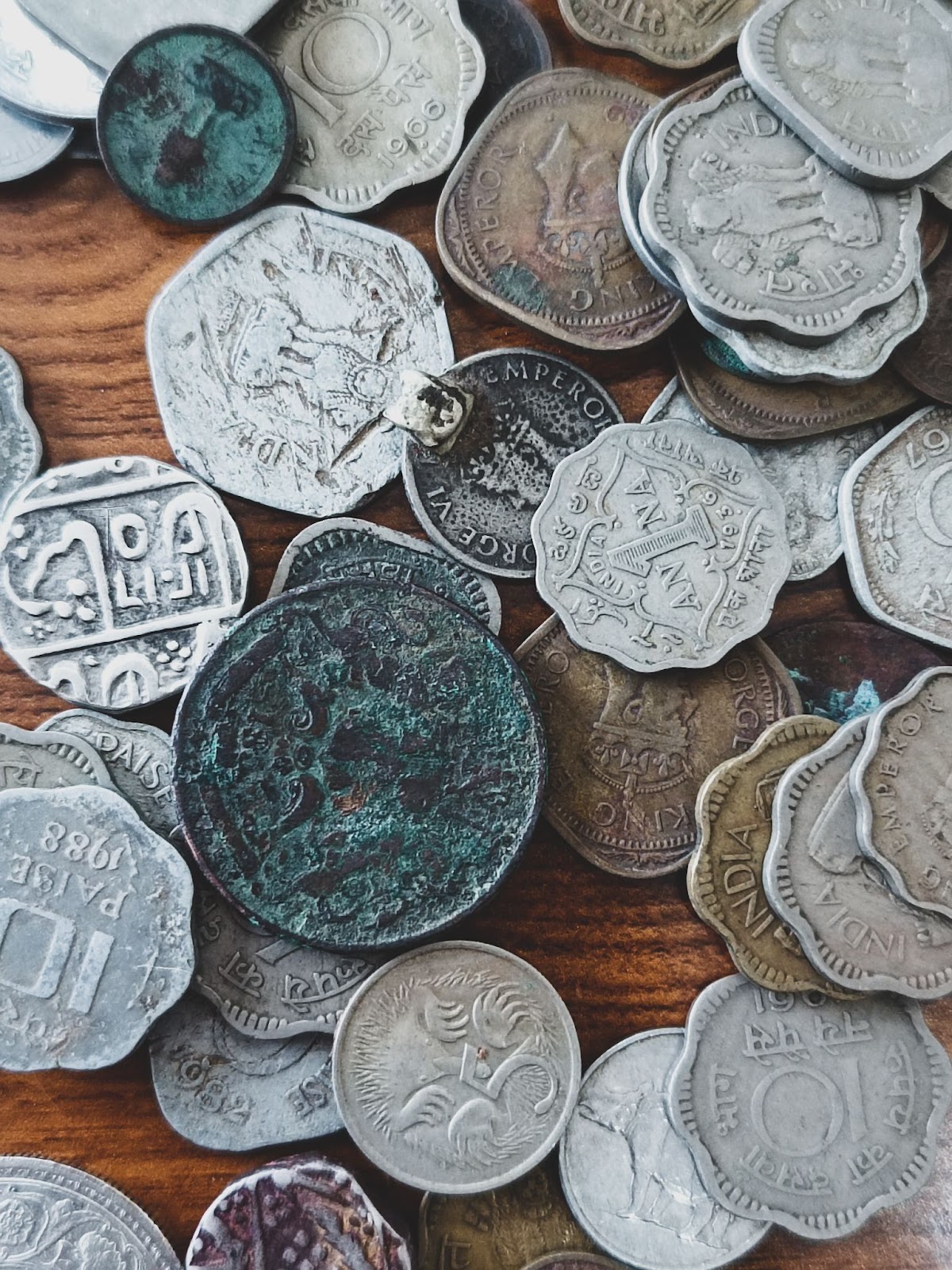 Another popular game in the era was Pitch and Toss. The players would throw coins to a wall and see whose coin landed the farthest. The winner used to collect all the coins from the loser. 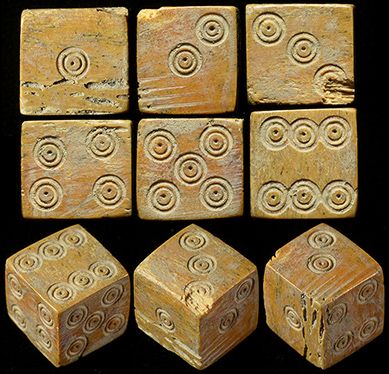 Dice games were also widely popular in that time period. Ancient Greeks used objects like animal bones and clay dice. Not unlike modern-day dice games, rolling the same numbers in a single throw was considered a win. They called it ‘the throw of Aphrodite.’ 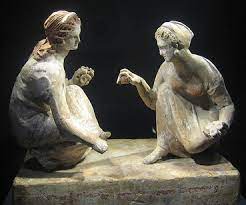 Perhaps the easiest yet trickiest game was Par Impar Ludere. One person would hold a handful of small objects while the other guessed whether the number was odd or even. 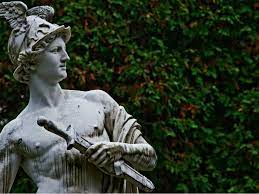 Playing a game with such high risks, people often invoke their Gods or Lucks for help. Ancient Greeks weren’t much different. Prior to participating in a match, Greeks called Hermes, the God of gambling, hazard, earning, and gaming. Being extremely religious, they considered a single throw of dice to be ‘in God’s lap.’ Interestingly, people still call upon Hermes before a game.

Gambling in ancient Greece was also entertainment for the Gods. There is evidence that the Greek Gods gambled themselves. Key figures from Greek mythology, Hermes and Pan, are renowned for participating in gambling. There are myths about Gods Hades, Poseidon, and Zeus playing a game of straws to split the Universe amongst themselves.

In a renowned vase painted by Ezekias, Greek heroes Ajax and Achilles can be seen playing a game of dice during the Trojan War.

The Morality of Gambling Amongst Greeks

There was a split opinion on gambling in the early Greeks. Scholars and philosophers were highly opposed to the idea. Some went to the extent of calling it a plague, corrupting society.

When it became out of control, the Government had to step in to take measures to discourage the act. The Greeks also had designated places to gamble. However, these places were mainly hidden as they were deemed shameful.

On the other hand, gambling is rampant in Greek literature, artwork, and historical pieces. The famous Greek poet, Homer, is known for supporting gambling. The practice can be seen as the theme in many of his works. Many sources tell that ancient Greeks settled disputes by way of gambling. It was also considered leisure and a common pastime among people. 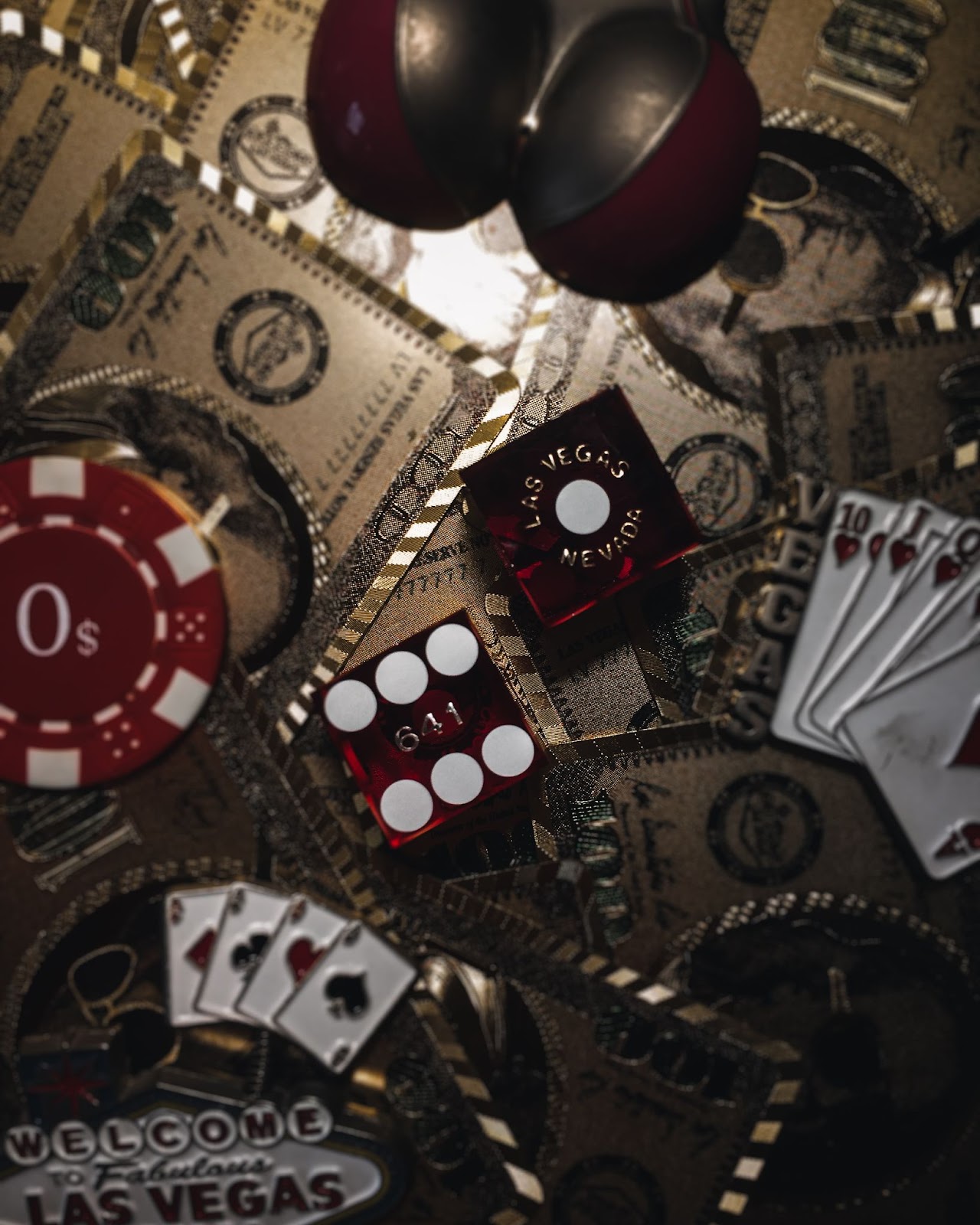 Fast forward to today, gambling is legal in Greece, and casinos can be found close to big cities and popular resorts. Like other casinos around the world, Greek casinos offer gambling with luxurious accommodations and sports facilities. Modern-day casinos are much more refined, where players can bet in comfort and have a good time.

The Greek’s oldest casino, built in 1928, is located at Loutraki, a beach town on the Gulf of Corinth. Greece’s most famous casino, Mont Parnes Regency Casino of Athens, is known for its stylish ways of modern-day gambling and was built in the 1960s.

Though permitted, gambling in Greece is strictly under state control. Online gambling has also been approved since 2012.

Whether good or bad, gambling is integral to today’s society. Though people have mixed views on the act, the link between gambling’s origin and ancient Greek civilization can’t be denied.

Usama is a freelance SEO writer who writes blog posts for businesses. When not writing, Usama can be found watching cricket or munching on sandwiches.