The first product in the award-winning History Adventures, World of Characters series

Now available for download around the world on Apple Books, as well as Chromebooks, iOS, Android, and Kindle Interactive.

Journey Through our Digital Book

In your journey through this digital book you are going to discover the lives of  five individuals who had to work out where they stood into this modern world.

In late 18th Century America, one unnamed slave turned spy, Agent 355, decided to risk everything for the cause of revolution and the principle of freedom.

On the other side of the world in Australia, Jiemba of the Eora Nation, decided to fight for his traditions against British invaders intent of colonizing his ancestral homeland and trampling on his beliefs.

Half a century later, a Chinese trader, Fei Hong fought a different battle. Hong decided to smuggle British opium from India to China and lost everything as he went from smuggler, to trafficker and finally addict before being caught.

In 1890s Africa, Khari decided to oppose European trade and fight back against the Belgian exploitation of his ancient tribal lands along on the Congo River. The Belgian’s murderous regime had mercilessly extracted  rubber using local labour and Khari refused to let his tribe suffer any more. Resistance was the only choice.

150 years after Agent 355, a social reformer called Thomas Brown decided to disguise himself as a janitor and expose the truth about the infamous Chicago meat packing district. He uncovered a world of filth, corruption and reckless disdain for human life that led him to question what the future would bring.

Just like everyone in this History Adventures (world of characters) YOU will have to decide whether the unparalleled technological and economic advancements of the period from 1750-1900 was worth the human cost. Ultimately, the experiences of Agent 355, Jiemba, Fei Hong, Khari and Thomas Brown challenge you to think “what would I have done?” And, this is the best question about the past you can ever ask… 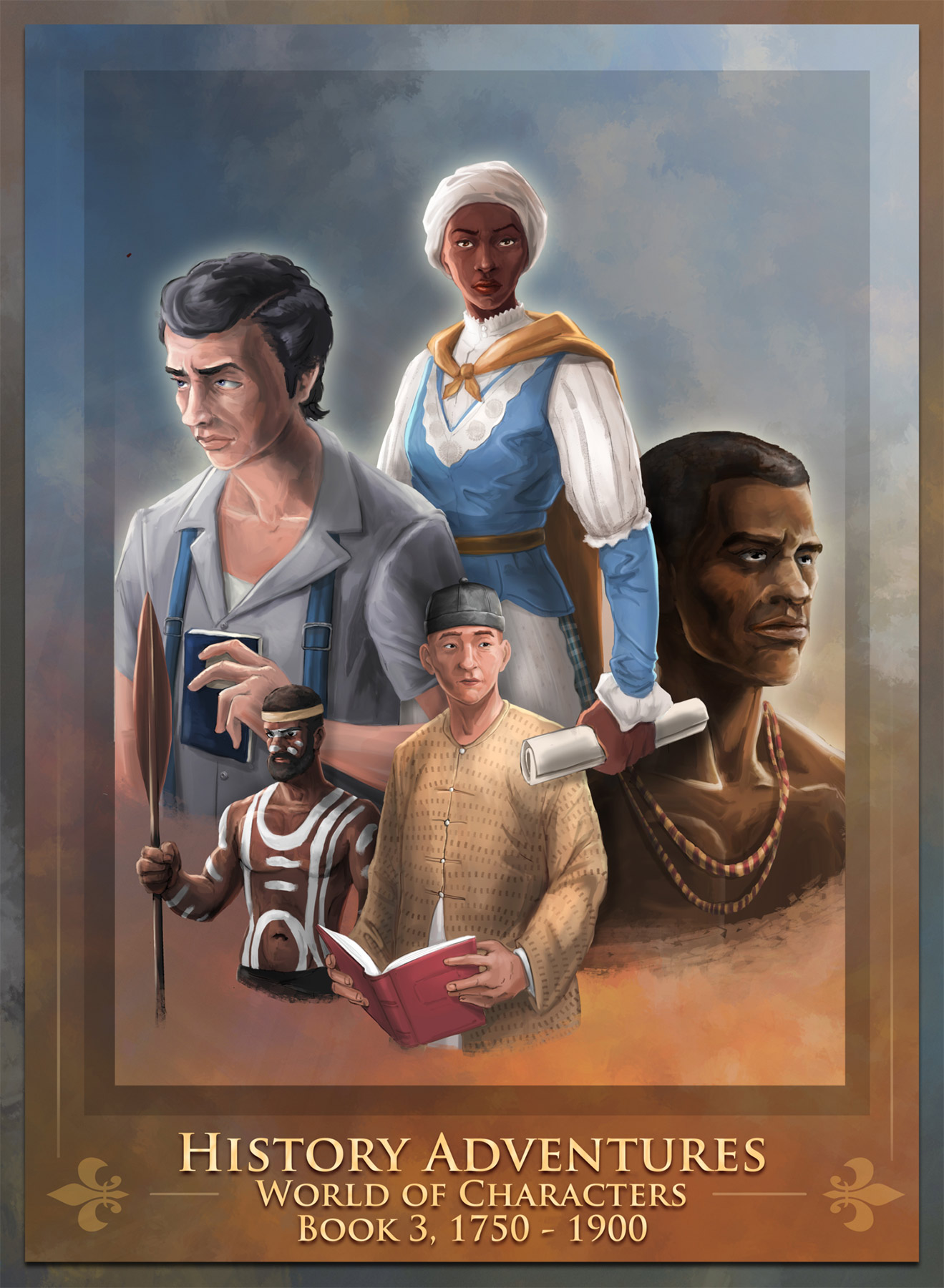